Jarod Lucas’ game-winning three-pointer to lift Oregon State over Utah in the Pac-12 Tournament opener rings in at No. 8 on the countdown and airs at 6 p.m. PT / 7 p.m. MT. Next up at 7:30 p.m. PT / 8:30 p.m. MT is USC’s victory on March 7, in which Jonah Mathews became the Trojans’ career leader in three-pointers and hit the game winner to top UCLA. 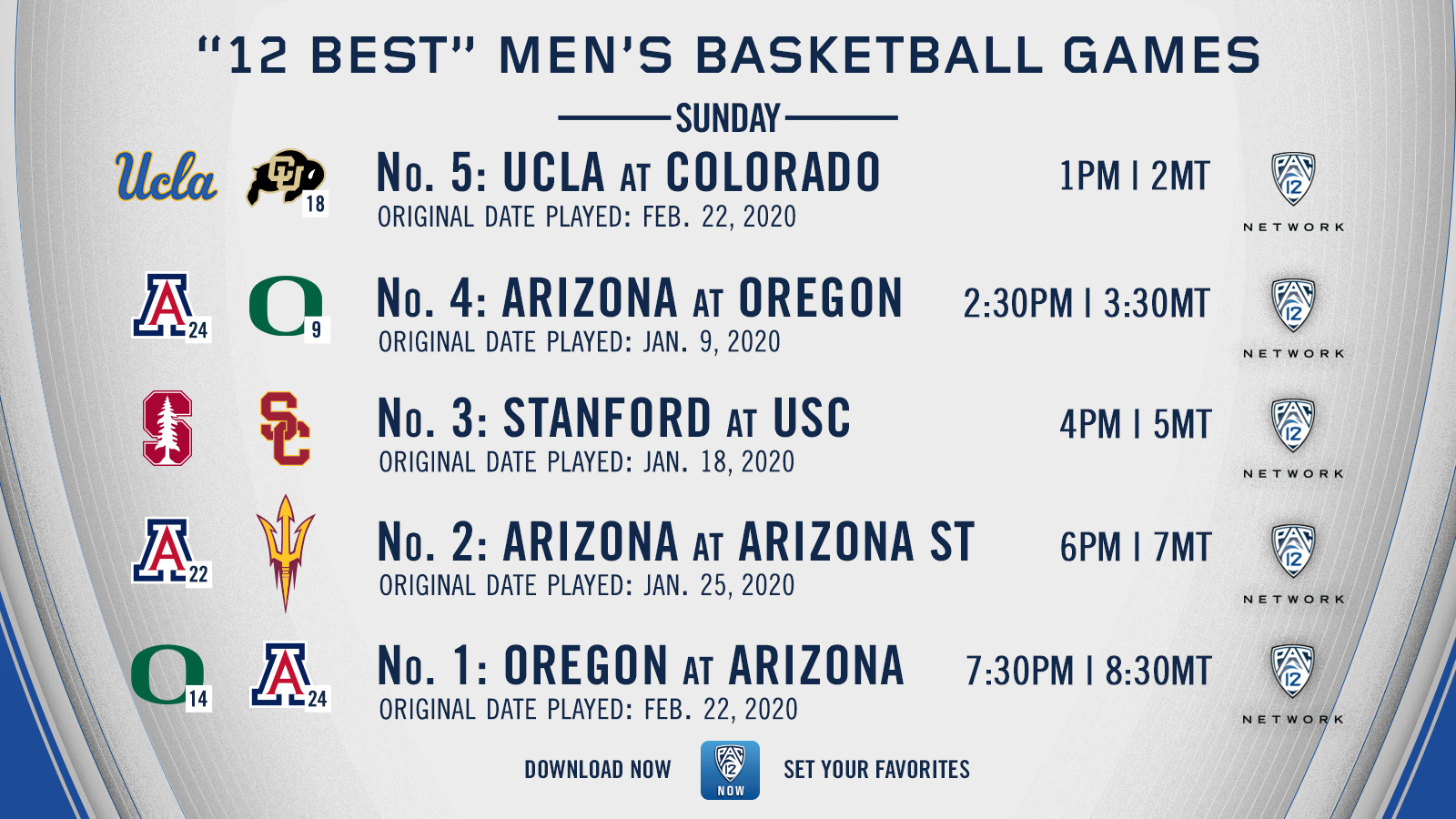 The overtime thrillers continue at No. 3, with USC’s win against Stanford from January 18 behind Elijah Weaver’s three-pointer to force overtime, airing at 4 p.m. PT / 5 p.m. MT.

WHAT IS HAPPENING?! @___ewr drains the three with 7.3 seconds left, and we're heading to OT. https://t.co/bG6CG5DzLV pic.twitter.com/lW3Zkk2qvz

Ringing in at No. 2, and airing at 6 p.m. PT / 7 p.m. MT,  is Arizona State’s comeback against then-No. 22 Arizona from January 25, in which the Sun Devils erased a 22-point deficit for the win. The top-ranked men’s hoops game from this past season features then-No. 14 Oregon’s last-second win against then-No. 24 Arizona from February 22. Shakur Juiston scored all nine of Oregon’s points in overtime, including the game winner with 1.4 seconds left, and Payton Pritchard scored a career-high 38 points. Fans can relive this classic at 7:30 p.m. PT / 8:30 p.m. MT.

Absolutely zero quit in the Ducks. @OregonMBB left it all on the court tonight, beating Arizona 73-72 in OT. Shakur Juiston scored all of Oregon’s points in overtime. pic.twitter.com/RPdoNANShg

Pac-12 To Conduct Conference-Only Seasons for Football, Volleyball and Soccer
3 minutes ago