SAN FRANCISCO - The Pac-12 Conference has released the weekly matchups and site designations for the league’s 2021-22 men’s basketball season.

The announcement reflects the games being played and the home/away designations each week of the Pac-12 regular season. Specific dates and times for each game within a week will be announced later this summer after selections by the league’s television partners are finalized. All 120 Conference games will be televised by either Pac-12 Network, ESPN/2/U, FOX/FS1 or CBS.

The Conference previously announced the 12 games to be played in late November/early December to begin the second season of the Conference’s 20-game schedule, as well as the new 10-year rotation which will dictate annual opponents and venues from 2021-22 through 2030-31.

Following the 12 early conference contests, the remainder of league play will resume the week of Dec. 29 and conclude March 5 ahead of the 2022 Pac-12 Men’s Basketball Tournament at T-Mobile Arena in Las Vegas from March 9-12.

The 2020-21 season saw the Pac-12 land a league-record five teams in the final USA TODAY Coaches poll and finish third in the final KenPom.com conference rankings following a 2021 NCAA Tournament in which four league programs advanced to the Sweet 16, three to the Elite Eight and UCLA reached the Final Four.

Four McDonald’s All-Americans are set to join the Conference this coming season in OREGON's Nathan Bittle, STANFORD's Harrison Ingram, UCLA’s Peyton Watson and WASHINGTON's Jackson Grant, while COLORADO boasts the highest-rated incoming recruiting class in the Pac-12 according to 247 Sports. 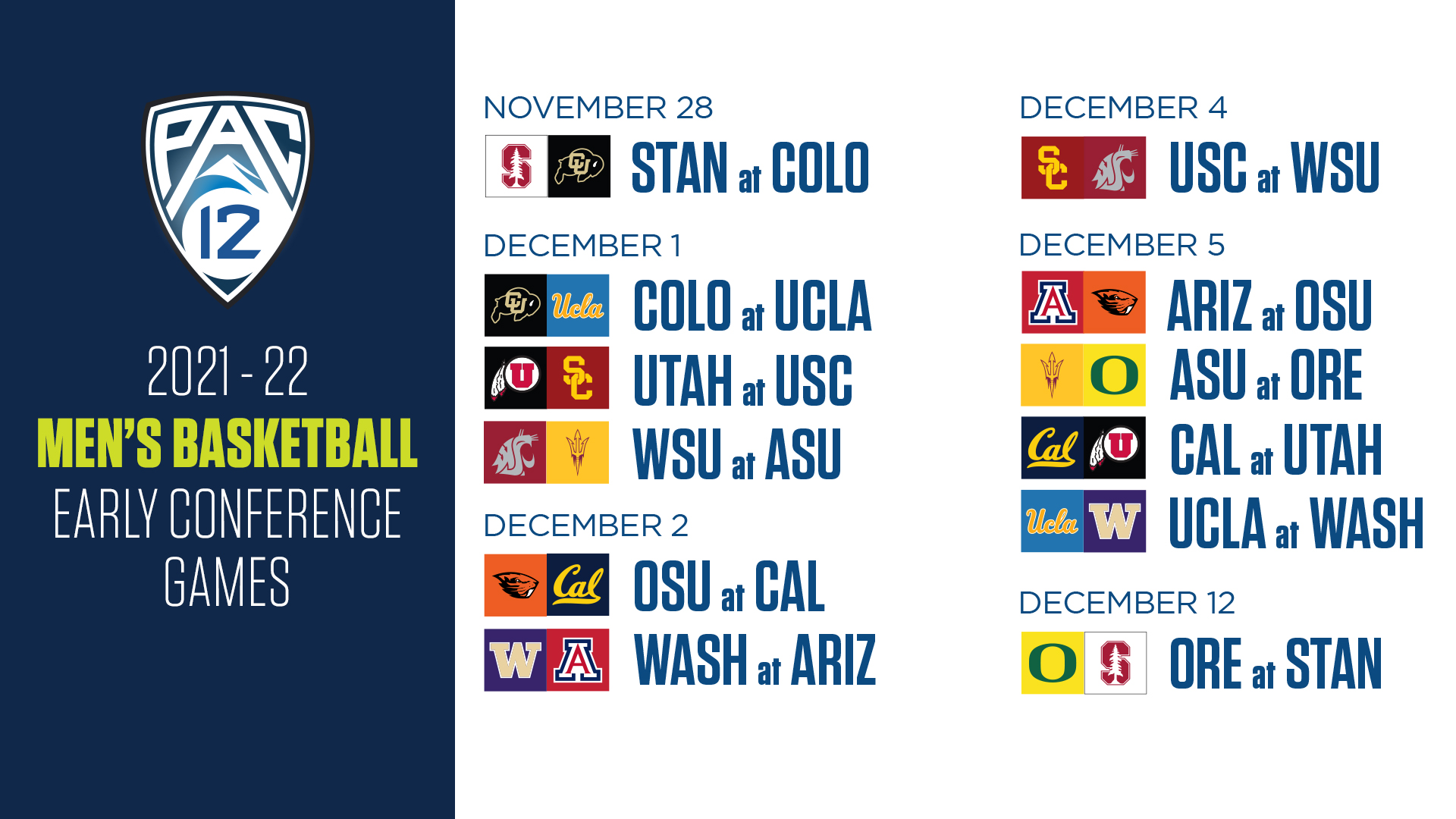 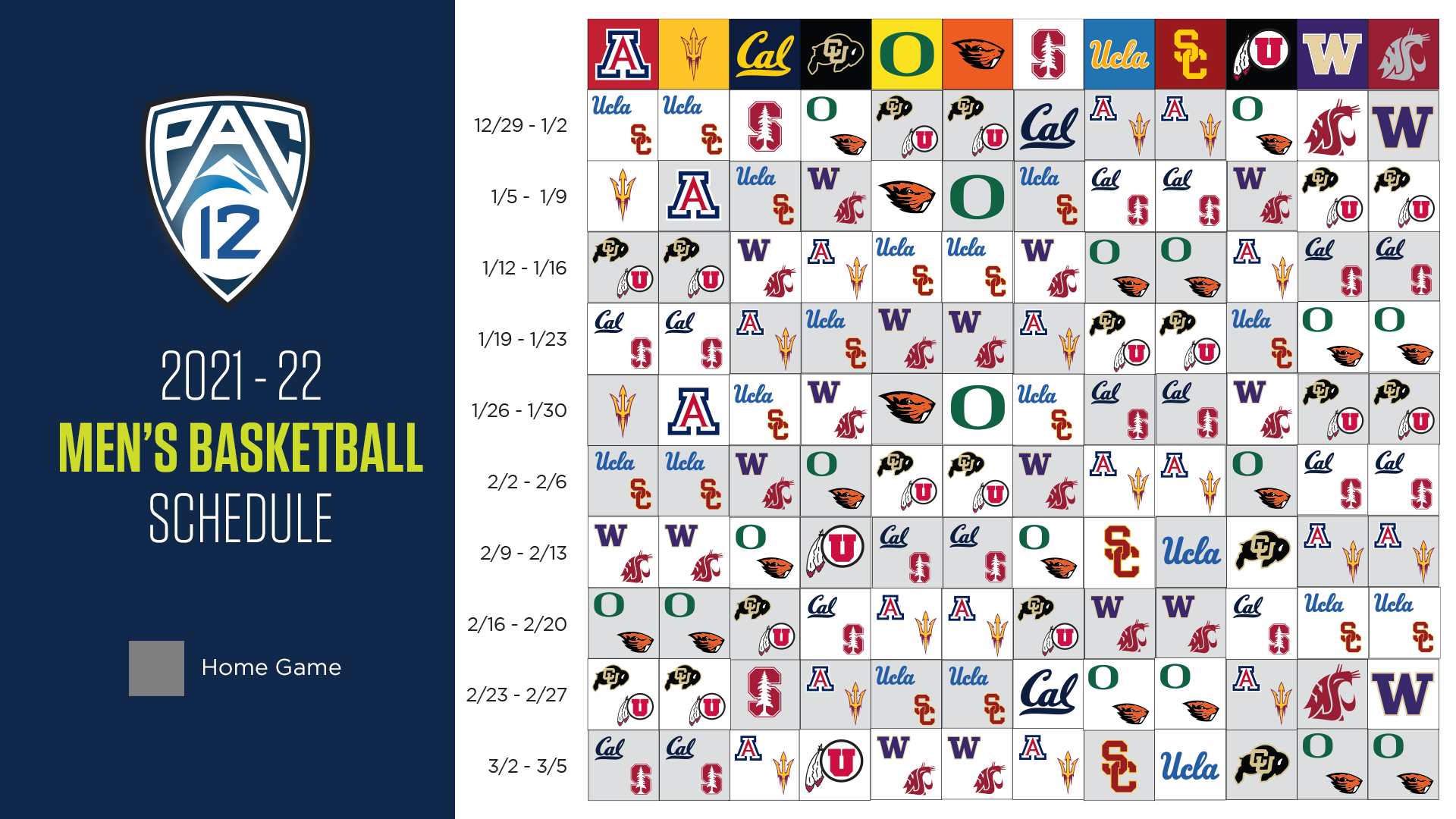 One last tune-up
36 minutes ago