SAN FRANCISCO – The Pac-12 Conference has released the weekly matchups and site designations for the league’s 2021-22 women’s basketball season.

The announcement reflects the games being played and the home/away designations each weekend of the Pac-12 regular season. Specific dates and times for each game will be announced after television selections are finalized. Some games may shift outside of the Conference’s traditional Friday-Sunday windows pending those television selections and other factors.

Games on the final weekend of the regular season are scheduled for Thursday, Feb. 24 and Saturday, Feb. 26, to avoid a quick turnaround for teams playing on the first day of the Pac-12 Tournament. Announced in mid-June, the Conference’s postseason event has been permanently modified to feature an open date on Saturday, with 11 games spread out over five days. Days of competition will be Wednesday, Thursday, Friday and Sunday. The 2022 Pac-12 Women’s Basketball Tournament, presented by New York Life, is scheduled for March 2-6 at Michelob ULTRA Arena at Mandalay Bay in Las Vegas.

Since 2016, the Pac-12 leads all conferences in Final Four appearances (6), NCAA Tournament wins (70), NCAA Tournament winning percentage (.707) and WBCA All-Americans (13). In the first year using the NCAA Evaluation Tool (NET) for women’s basketball, four of the top 10 teams in the final NET rankings for 2021 were from the Pac-12 in national champion STANFORD (No. 1), national runner-up ARIZONA (No. 7), UCLA (No. 8) and OREGON (No. 10), a total double any other league. The Pac-12 was also the nation’s top-rated conference by RPI in three of the final five seasons (2016, 2017, 2020) that metric was used by the Division I Women’s Basketball Committee. 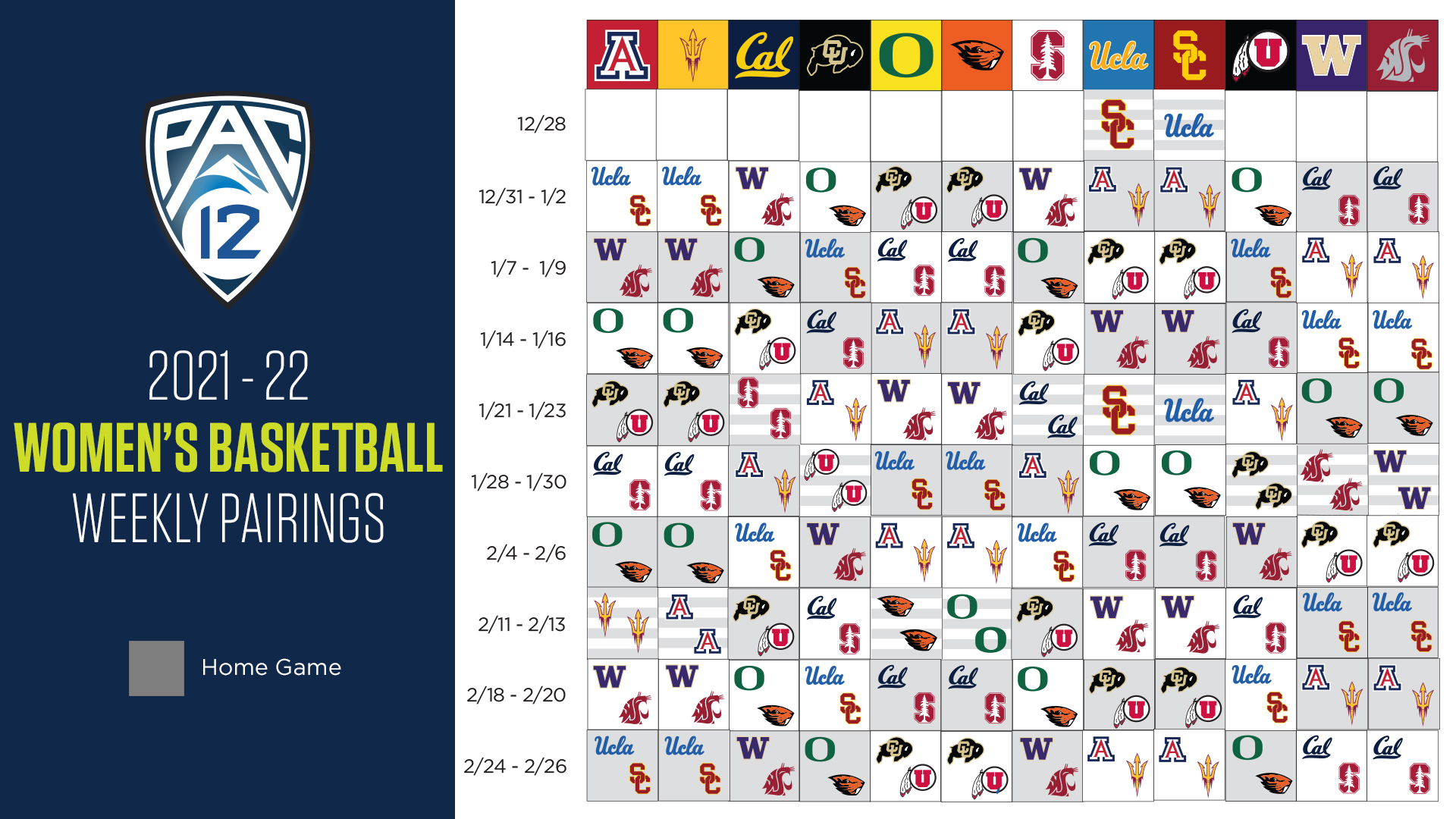 Weekend of Jan. 21-23
California vs. Stanford (home and away)
Colorado/Utah at Arizona/Arizona State
Oregon/Oregon State at Washington/Washington State
UCLA vs. USC (Location TBD)