by Pac-12 Conference
Newest class to be inducted on Friday, March 11 during special ceremony in Las Vegas

SAN FRANCISCO – The Pac-12 Conference today announced the 2022 class to be inducted into the Pac-12 Hall of Honor, the Conference’s most prestigious recognition of the greatest on and off-field contributors to Pac-12 athletics. Formal induction will take place on Friday, March 11 during a private ceremony prior to the semifinals of the 2022 Pac-12 Men’s Basketball Tournament, presented by New York Life. Following induction, the class will be honored during a special halftime ceremony of the day’s first semifinal matchup at T-Mobile Arena.

Tickets for the 2022 Pac-12 Men’s Basketball Tournament are available at Pac-12.com/tickets.

The 2022 Hall of Honor class will be the 20th since its creation in 2002, and the fourth to feature legendary figures from an array of sports after the Pac-12 expanded the field to be inclusive of the broad-based athletics success across the Conference of Champions® history. Following a hiatus in 2021 due to the COVID-19 pandemic, the 2022 class returns the annual recognition as a new inductee from each Pac-12 university is welcome into the Hall of Honor.

“The Pac-12 is honored to recognize the accomplishments of 12 incredible women and men who represent the very best of the Conference of Champions, on and off the fields of play,” said Pac-12 Commissioner George Kliavkoff.  “From Olympic gold medalists to Super Bowl champions to NBA All-Stars to WNBA veterans to, of course, collegiate champions, our honorees continue a showcase of our league’s rich tradition of champions.”

The 2021 Pac-12 Hall of Honor class features another star-studded list of inductees, including:

Among the many combined accolades of this year’s class includes:

Celebrating the broad-based example of excellence, the 2022 Pac-12 Hall of Honor class is a shinning example of the rich history of the Conference of Champions. With over 200 more NCAA team titles than the next closest conference, the Pac-12 leads the way with 538 overall NCAA titles across 29 different sports.

The 2022 Pac-12 Men’s Basketball Tournament will take place Wednesday, March 9 through Saturday, March 12 with an action-packed 11 games over four days in the event’s sixth year at one of Las Vegas’ newest sports and entertainment venues, T-Mobile Arena. This year’s event marks a return of fans in the stands, with passes and tickets, including all-tournament passes and single-session tickets, available at Pac-12.com/tickets. 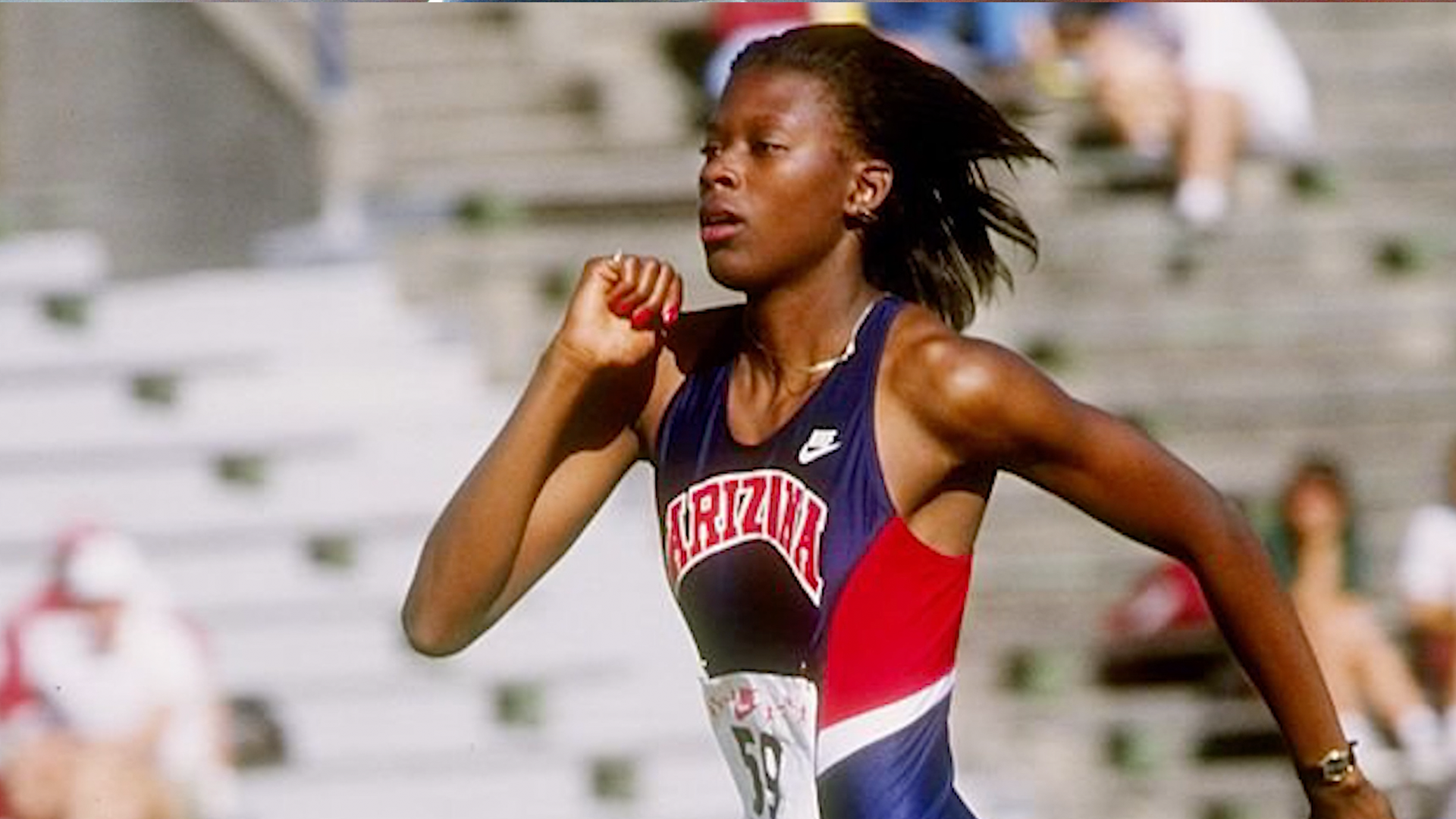 One of the greatest examples of the Wildcat Way, Tanya Hughes took home seven All-American nods and four All-Pac-10 selections in her collegiate career, as well as consecutive CoSIDA Academic All-America Honors and the 1994 NCAA Woman of the Year award. Hughes also took her talents to the international stage, earning medals at the World University Games and Pan-Am Junior Championships before competing for Team USA at the 1992 Olympic games. Now a member of the board of directors for the Institute for Sport and Social Justice, she continues to embody the Conference of Champion’s and Arizona’s spirit of excellence. 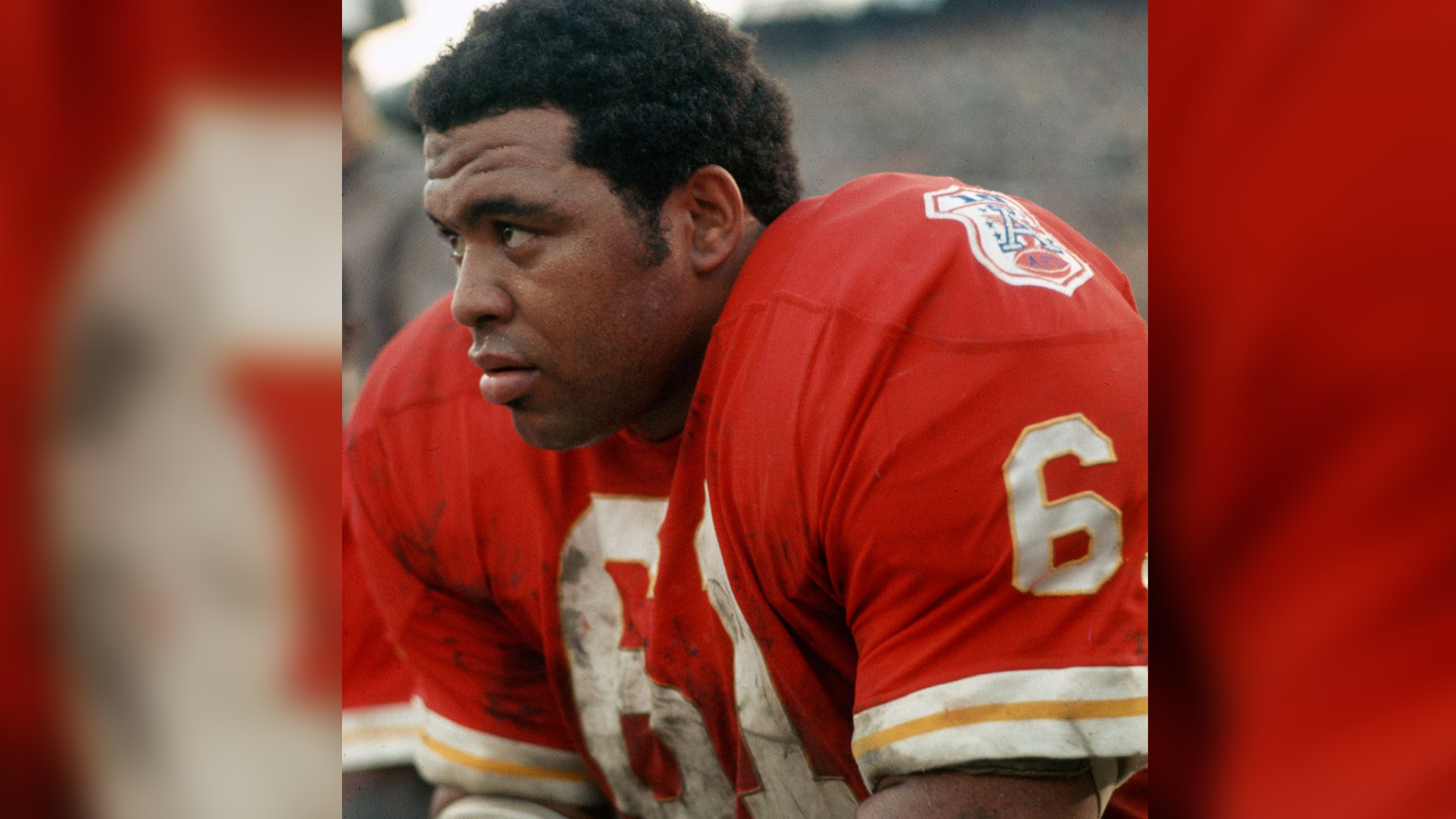 A prolific football player and wrestler, Curley Culp was an All-American on the gridiron for the Sun Devils as well as the 1967 NCAA heavyweight wrestling champion, Arizona State’s first-ever wrestling national champion. Widely regarded as one of the best nose tackles to ever play the game, Culp thrived under the guidance of legendary Sun Devil head coach Frank Kush. Following his collegiate career, he went on to play football for 14 years professional, highlighted by a championship in Super Bowl IV, before earning a spot in the Pro Football Hall of Fame in 2013. 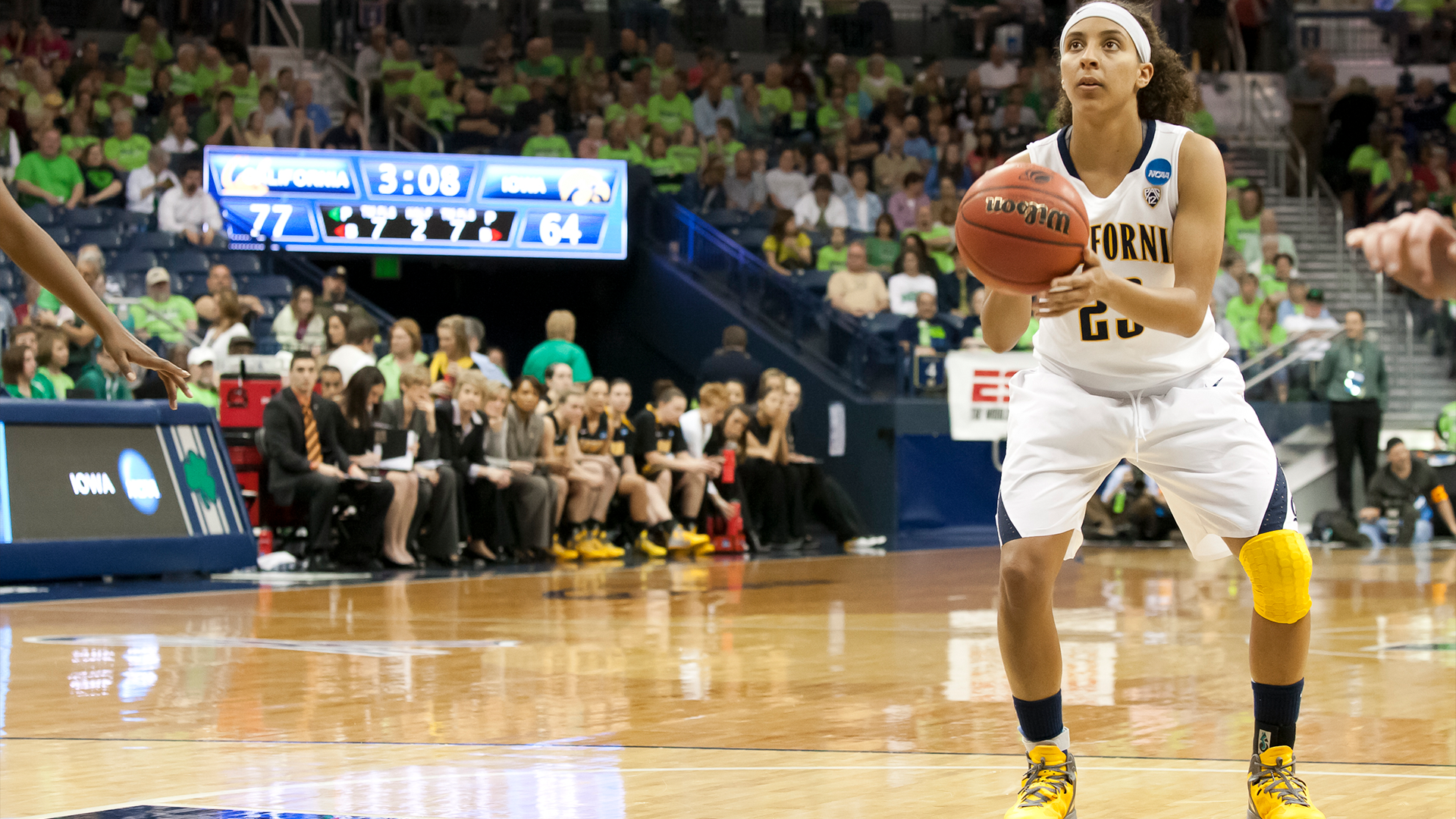 A standout athlete for the Golden Bears, Clarendon helped Cal win the 2010 WNIT championship as a freshman before leading the program to the NCAA Final Four as a senior, the program’s first Final Four in program history. A four-time All-Conference honoree, Clarendon was later selected ninth overall in the WNBA draft and is set to enter their 10th season overall in the league. A member of the US National Team from 2017-2020, Clarendon also helped the United States capture gold at the 2018 FIBA Women’s World Cup. In 2015, Clarendon won Outsports “Female Hero of the Year” award for using their platform in support of LGBTQ+ athletes, and was named to the WNBA’s Social Justice Council in 2020. 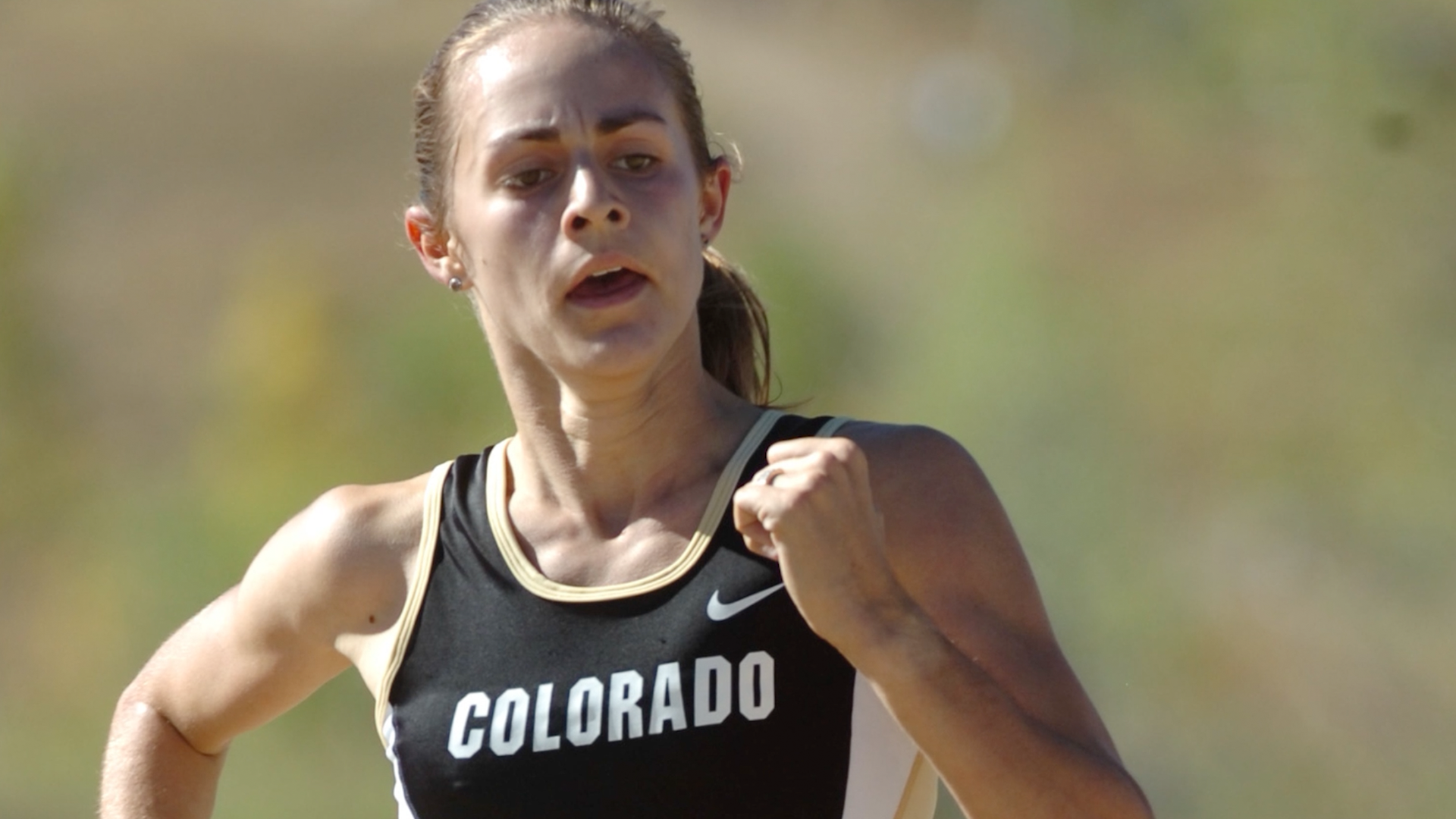 One of the most decorated athletes in Buffs history, Simpson won four NCAA championships during her collegiate career while breaking six NCAA records and seven school records in 2009 alone, several of which still stand today, including the 5,000 meter record. Simpson is still the only woman to post under four minutes in the 1,500 in NCAA history. While competing collegiately, she also enjoyed success on the international stage, mostly in the steeplechase, making two world teams and competing at the Olympic Games in 2008. Following graduation, she was named the inaugural winner of the Bowerman Award and was later named the recipient of the Jackie Joyner-Kersee Award. She captured many international medals, including the bronze medal at the 2016 Olympics in the 1,500. Simpson has won a total of nine USA track championships. 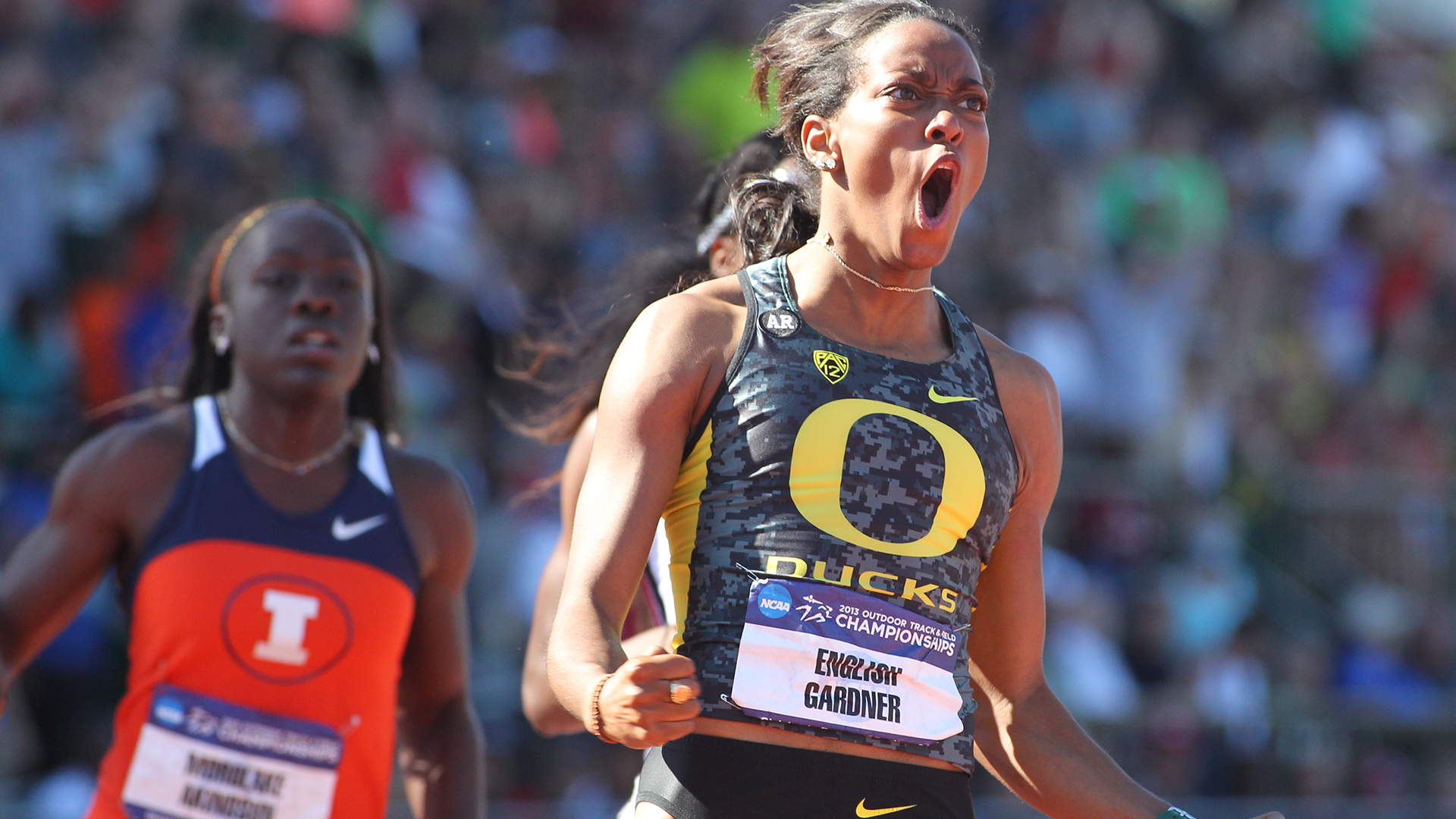 A five-time NCAA champion and six-time Pac-12 champion, Gardner received eight All-American recognitions during her time with the Ducks and is a decorated Olympic and World Championships medalist. The Conference’s Newcomer of the Year in 2010, Gardner later earned Pac-12 Women’s Track & Field Student-Athlete of the Year in 2012. Following her time with the Ducks, she went on to capture a gold medal as part of Team USA’s 4x100 relay crew at the 2016 Olympic games, as well as a silver medal in the event at the 2020 Tokyo games. The all-time leading rusher in Rams history, Steven Jackson was a prolific rusher for the Beavs before enjoying a 12-year NFL career. In 2002 as a sophomore, Jackson rushed for 1,690 yards, a single-season school record, and followed up the campaign with 1,500 yards as a junior. Following an MVP performance in the Las Vegas Bowl, he was selected 24th overall in the 2004 NFL Draft and went on to receive three NFL Pro Bowl selections. 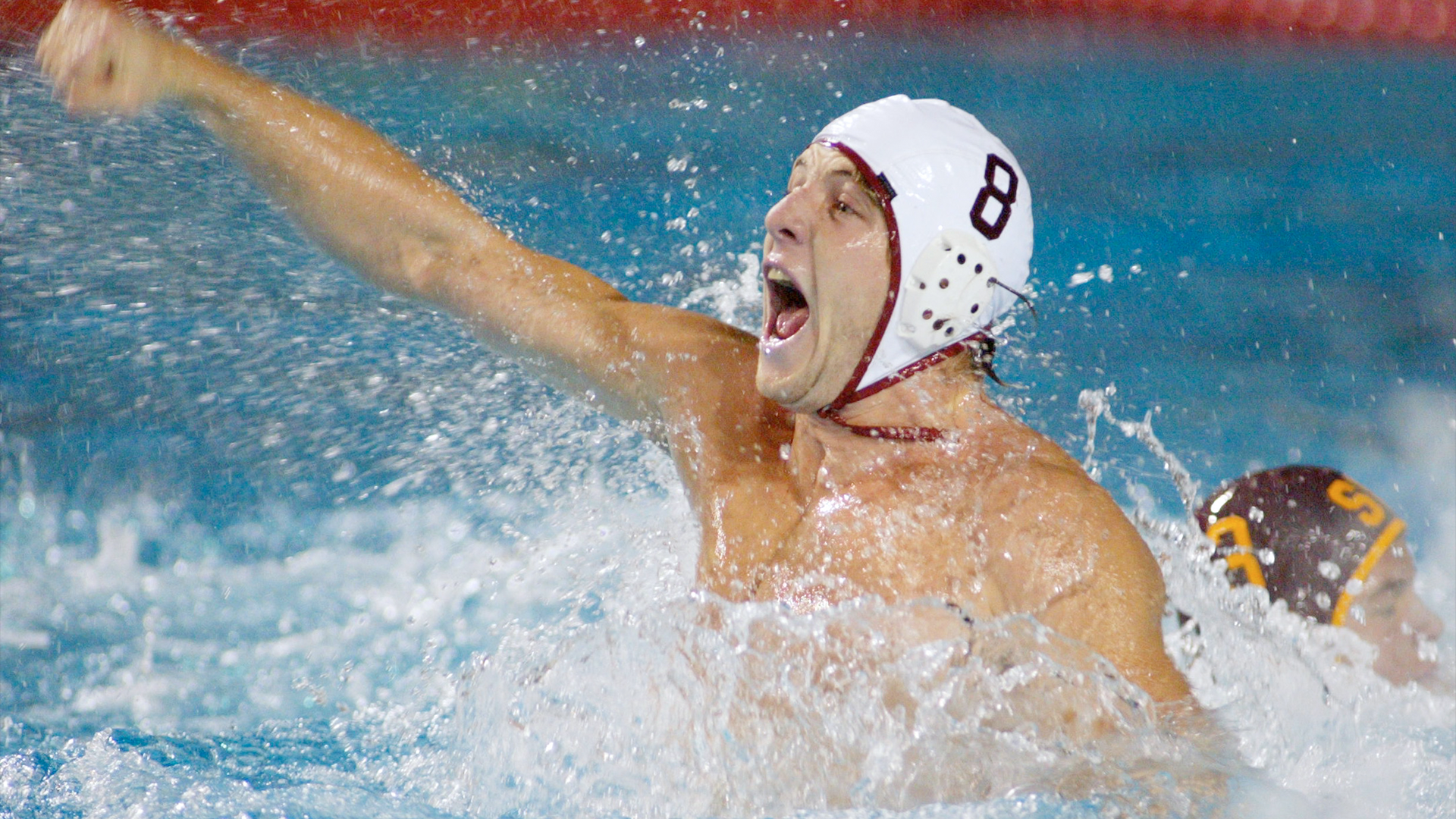 A five-time Olympian, Tony Azevedo was named the Pac-12 Water Polo Player of the Century in 2015 following a collegiate career that saw him lead Stanford to the NCAA title game in each of his four seasons, winning two championships. He received four Peter Cutino Awards, presented annually to the nation’s best collegiate player. Following his time for the Cardinal, he helped lead Team USA to a silver medal in the 2008 Olympic games, before being named captain of Team USA for the 2012 Olympic games. 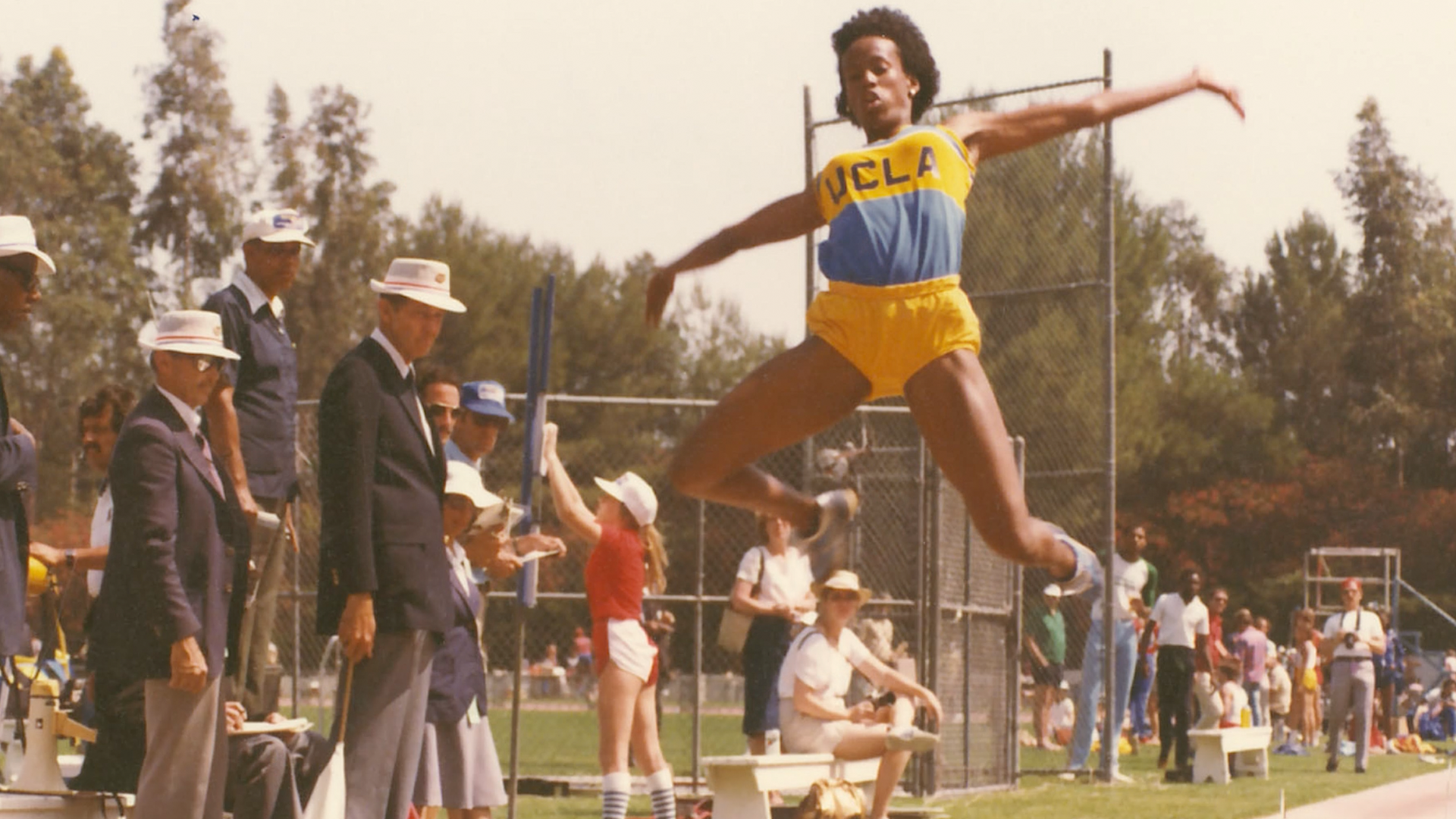 A multi-talented competitor in both women’s basketball and track and field, Jackie Joyner-Kersee is regarded as one of the greatest female athletes of all time. She led UCLA women’s track and field to national titles in 1982 and 1983, and still sits atop the UCLA record books in heptathlon and long jump. A two-time Honda Award winner, Joyner-Kersee won the Honda-Broderick Cup in 1985, given to the best collegiate female athlete. She starred on the basketball court as well, helping guide the Bruins to a pair of NCAA tournament appearances. Following her collegiate career, she went on to capture six medals across four Olympic appearances, including three gold medals, one silver and two bronze. In 2013, the USA Track & Field’s Women’s Athlete of the Year award was renamed after Joyner-Kersee to recognize her amazing achievements. Away from the track, she helped raise 12 million dollars to build the Jackie Joyner-Kersee Youth Center Foundation in her hometown of East St. Louis, Illinois in 2000, and in 2017 founded ‘Athletes for Hope,’ which helps professional athletes get involved in their communities. The most decorated swimmer in USC history, John Naber captured 10 individual NCAA titles during his collegiate career, the second-most in collegiate history, while also leading the Trojans to four-straight NCAA team titles. Equally strong in the classroom as the pool, Naber was a NCAA Today’s Top Five recipient in 1978 and a NCAA Silver Anniversary Award recipient in 2002. On the international stage, Naber was the most decorated athlete for Team USA at the 1976 Olympics with four gold medals and one silver, setting four world records in the process. The following year, he won the Sullivan Award as America’s Top Amateur Athlete and later served as a flag bearer during the 1984 Olympic games. 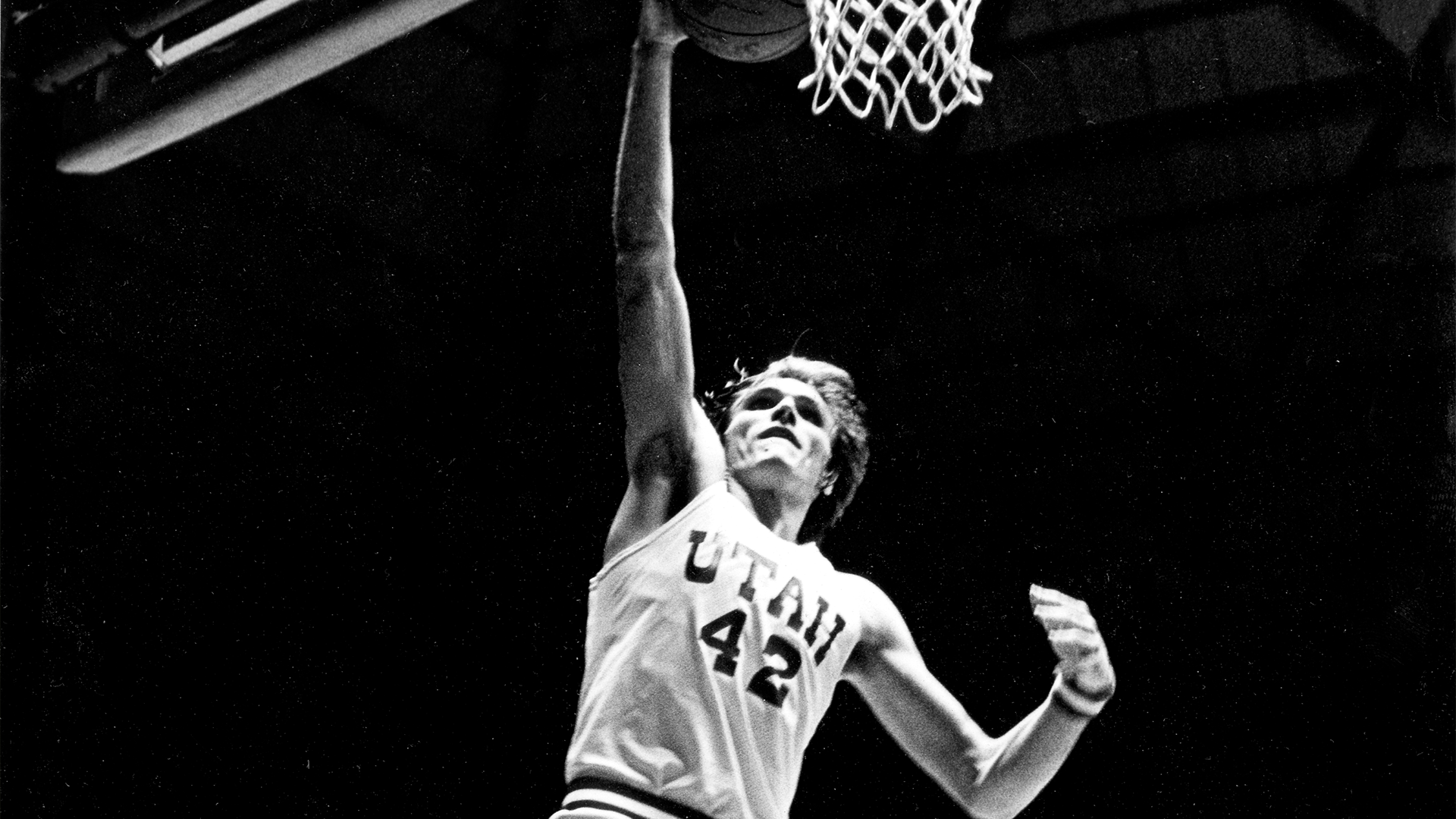 A towering presence for the Runnin’ Utes, Tom Chambers led Utah to two NCAA tournaments, including the Sweet 16 in 1981. His collegiate accomplishments continue to rank among the Top 10 of all time at Utah. A native of Utah, Chambers brought a flair to the Runnin’ Utes program and to the game itself, with highlight reel dunk after dunk. Following his collegiate career, he was selected eighth overall in the 1981 NBA Draft and went on to play 16 incredible seasons in the league, highlighted by four NBA All-Star selections and an NBA All-Star Game MVP award in 1987. In February 2022, Chambers had his number 42 jersey honored by Utah, the ninth Runnin’ Ute ever to have his jersey hanging in the Huntsman Center rafters. A two-time Pac-10 Player of the Year, Tina Frimpong Ellertson is still the Washington women’s soccer all-time leader scorer. In her senior season, she helped lead the Huskies to their first-ever Elite Eight appearance. Following her storied collegiate career, Frimpong Ellertson went on to play professionally for several years, including five years on the U.S. Women’s National Team and competing for Team USA in the 2007 World Cup. Following her playing career, she turned her focus to coaching, first with U.S. Soccer as a U.S. Youth National Team coach before later rejoining the Huskies program as a member of the coaching staff where she currently serves and helped the team reach its sixth Sweet 16 appearance in her first season. 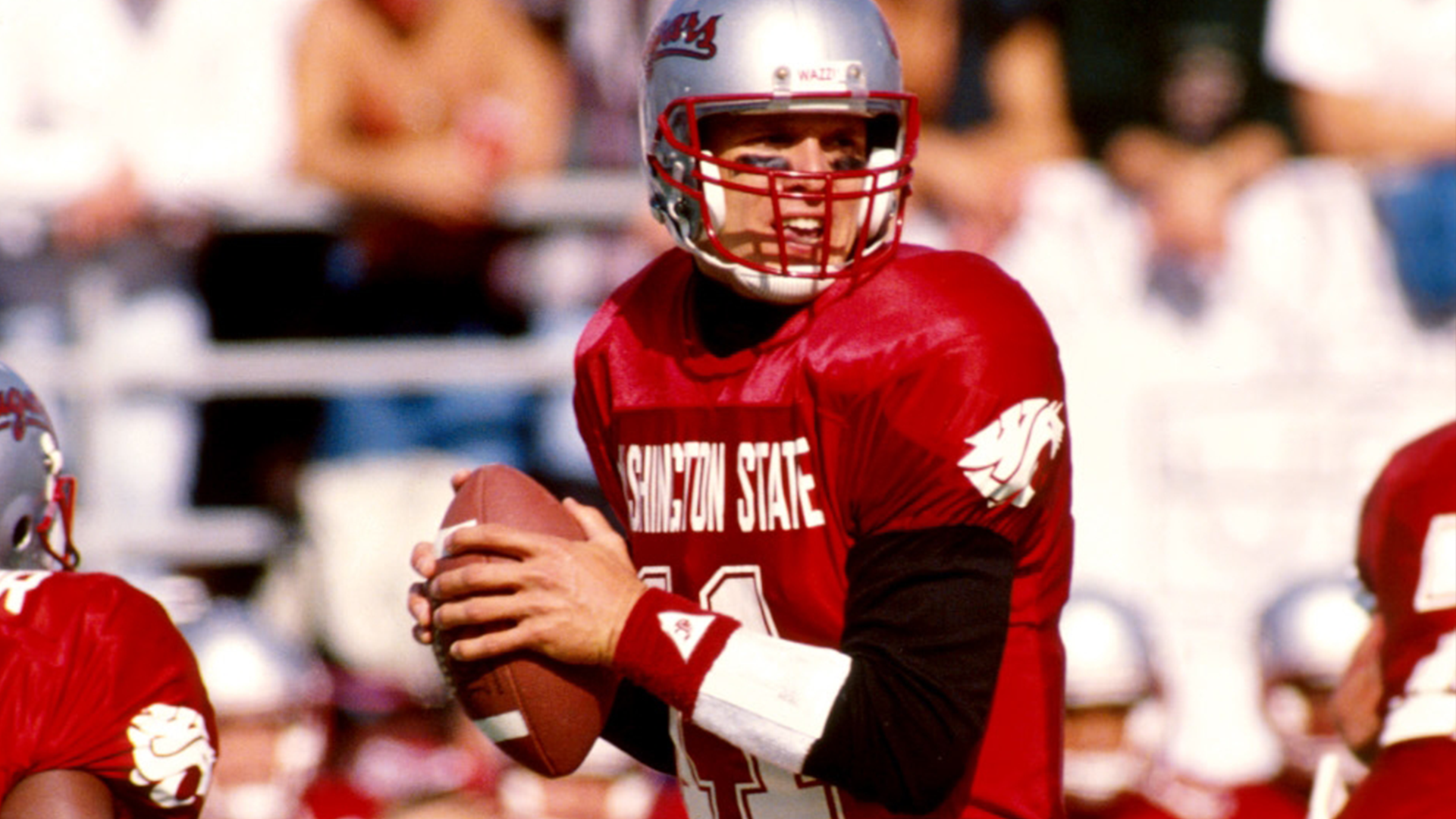 A Washington State athletics icon, Drew Bledsoe rewrote the record books in his three seasons for the Cougars, leaving the school as the program’s single-game and single-season record holder in pass attempts, completions, passing yards and total offense. He was named Pac-10 Offensive Player of the Year in 1992 before capping off his collegiate career as game MVP in a Copper Bowl win against Utah. Bledsoe was later the top overall selection in the NFL Draft, playing 14 seasons total in the NFL and winning Super Bowl XXXVI. Following his playing career, he has enjoyed success in business as well after founding a prominent winery in the state of Washington.