SAN FRANCISCO - The Pac-12 Conference has released the weekly matchups and site designations for the league’s 2022-23 men’s basketball season.

The announcement reflects the games being played and the home/away designations each week of the Pac-12 regular season. Specific dates and times for each game within a week will be announced later this summer after selections by the league’s television partners are finalized. All 120 Conference games will be televised by either Pac-12 Network, ESPN/2/U, FOX/FS1 or CBS.

There has also been one adjustment to the early Conference games that were unveiled in March, as Oregon State will now host Washington on Thurs, Dec. 1 (previously Wed., Nov. 30). All 12 early Conference games will take place during a five-day span the week of the 2022 Pac-12 Football Championship Game (Friday, Dec. 2) and will begin the third season of the Conference's 20-game schedule. The 2022-23 league campaign will be the second of the new 10-year opponent rotation previously announced in May 2021.

Following the 12 early conference contests, the remainder of league play will resume the week of Dec. 29 and conclude March 4 ahead of the 2023 Pac-12 Men’s Basketball Tournament at T-Mobile Arena in Las Vegas from March 8-11. 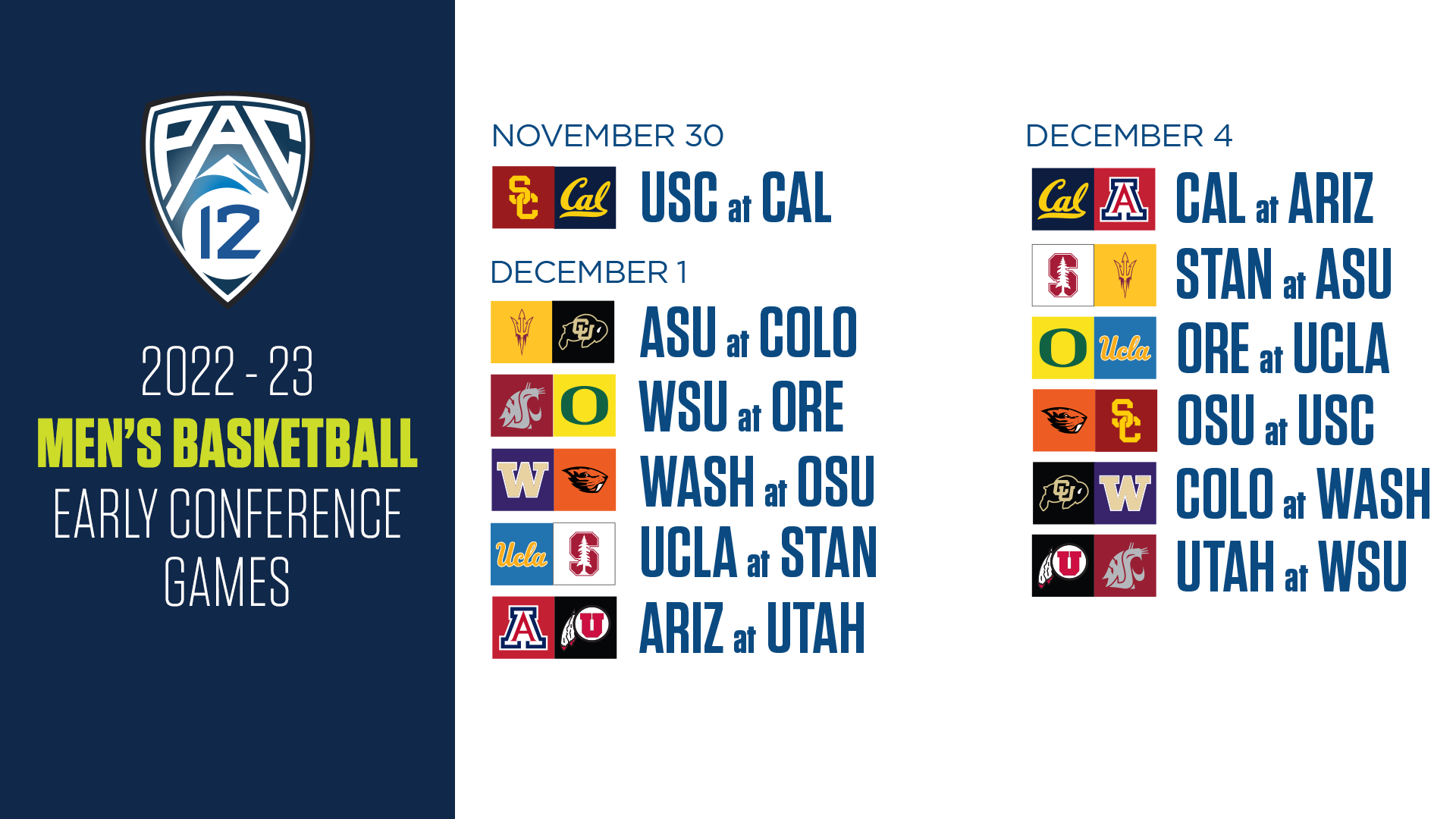 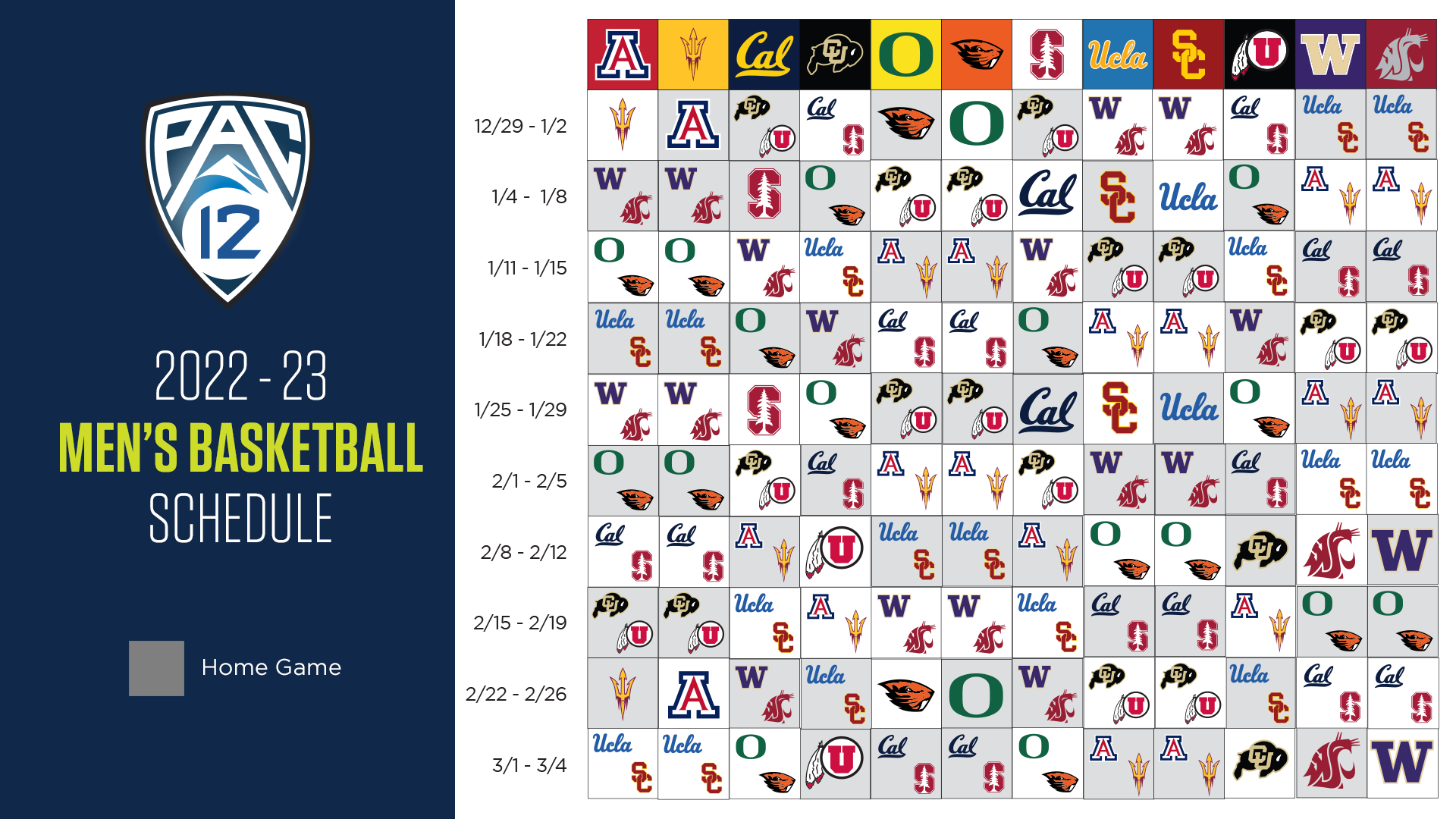 Back In Camp: Women's Basketball
1 minute ago