SAN FRANCISCO – The Pac-12 Conference has released the weekly matchups and site designations for the league’s 2022-23 women’s basketball season.

The announcement reflects the games being played and the home/away designations each weekend of the Pac-12 regular season. Specific dates and times for each game will be announced after television selections are finalized. Some games may shift outside of the Conference’s traditional Friday-Sunday windows pending those television selections and other factors.

Games on the first full weekend of the regular season are scheduled for Thursday, Dec. 29 through Monday, Jan. 2 to provide programs scheduling options as they return from the holidays. The season's final weekend will be played on Thursday, Feb. 23 and Saturday, Feb. 25, to avoid a quick turnaround for teams playing on the first day of the Pac-12 Tournament. The 2023 Pac-12 Women’s Basketball Tournament, presented by New York Life, is scheduled for March 1-5 at Michelob ULTRA Arena at Mandalay Bay in Las Vegas.

New this season, all rivalry games have been separated, with the first played on a mutually agreed-upon date in the month of December and the second during the traditional nine-week Conference schedule.

The Conference schedule will remain at 18 games in 2022-23. A shift to a 20-game league calendar, announced last summer following approval by the Pac-12 Council, was brought up for reconsideration by the Conference membership prior to the start of last season, which re-voted and decided to maintain the current, 18-game structure.

Of the 24 women selected to play in the 2022 McDonald’s All American Game, a national-best 11 are slated to join the Pac-12 this coming season in Arizona's Paris Clark and Maya Nnaji, Oregon's Chance Gray and Grace VanSlooten, Oregon State's Raegan Beers and Timea Gardiner, Stanford's Lauren Betts and Indya Nivar, UCLA's Gabriela Jaquez and Kiki Rice, and USC's Aaliyah Gayles. 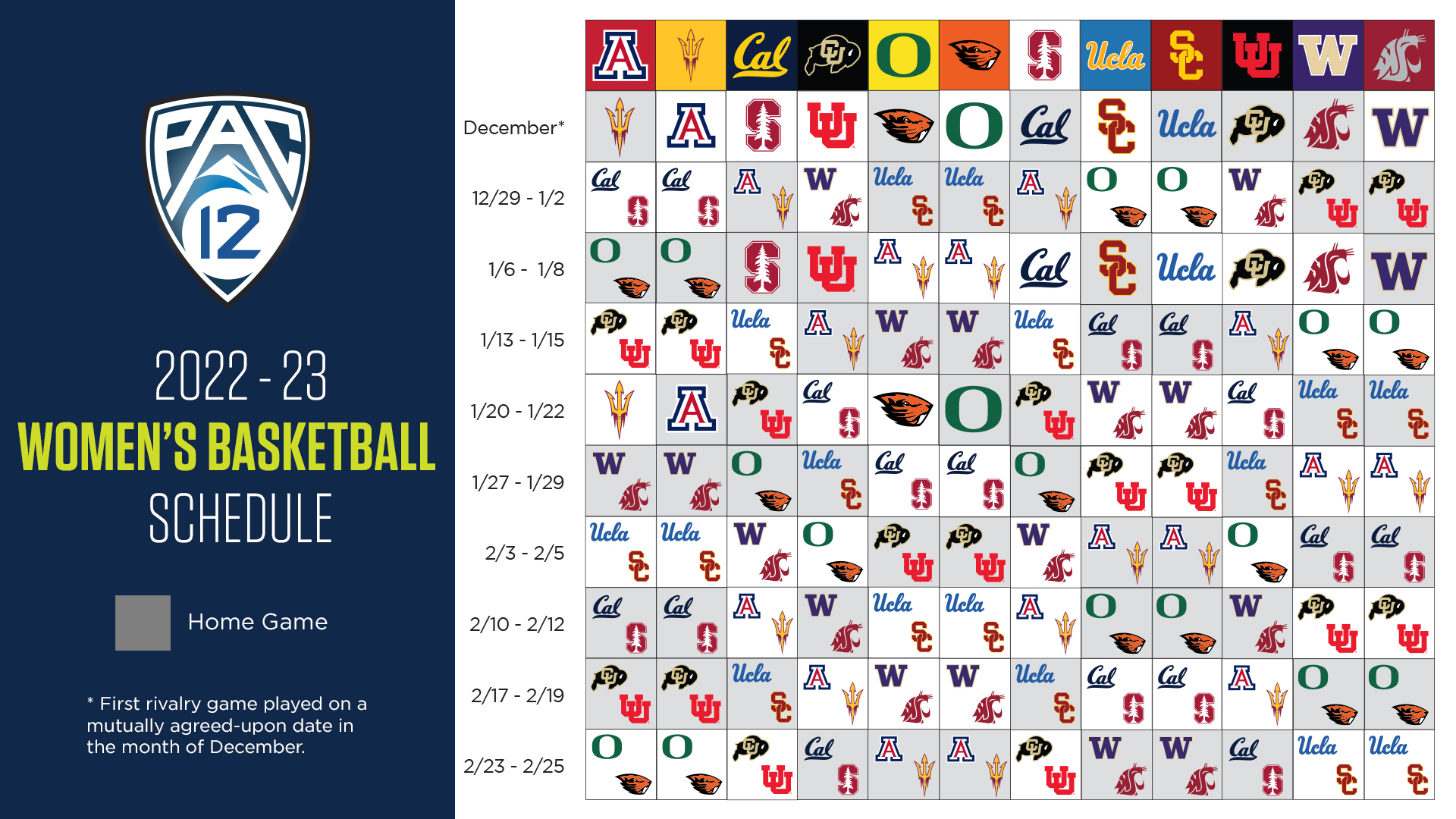 Bruins in the NFL: Week 4
1 hour ago
/article/2022/10/04/top-ranked-bruins-host-arizona-schools-thursday-sunday