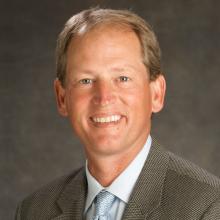 Rick Neuheisel was one of the first on‐air personalities named to the Pac‐12 Networks roster in May 2012. Neuheisel brings a coaching perspective to pre, half and postgame studio coverage of Pac‐12 football Saturdays, as well as contributing to Pac‐12 Playbook each Tuesday. As a former head coach for Colorado (1995‐98), Washington (1999‐2002) and UCLA (2008‐11), and a former quarterback for the Bruins, Neuheisel brings an extensive knowledge of Pac‐12 football to the Networks. During his head coaching tenure, he posted an 87‐59 record, went 4‐3 in bowl games, including guiding Washington to a Rose Bowl title in 2000. He also holds coaching experience at the professional level, spending two years with the Baltimore Ravens as a quarterbacks coach and offensive coordinator.