The Beavers' No. 10 has performed true to the jersey this fall as Djeffal has controlled the center of the pitch in guiding Oregon State to a historic season that has featured the first No. 1 national ranking and first Pac-12 Championship in program history. He closed the regular season as 1-of-5 Beavers with double-digit points, contributing 15 points on five goals, including three game-winners, and five assists. The MAC Hermann Trophy candidate is the third OSU recipient of the Pac-12 Player of the Year award joining Khiry Shelton (2014) and Danny Mwanga (2009).

Oregon State's Mondi is the first recipient of the league's Offensive Player of the Year honor, which makes its debut in 2021. The redshirt senior midfielder from South Africa led the Pac-12 with eight goals, including three match-winners, and 21 points through the regular season.

Sailor has done it all for the Pac-12’s stingiest defense (0.56 GAA) and top offense (2.24 GPG). The 6-4 center back has both anchored a backline with 10 shutouts and just 10 goals allowed this season - tied for the third-fewest in NCAA Division I - and also is the only defender among the league’s top goal scorers and point producers - registering six goals (T-2nd) and 14 points (T-9th). Sailor has proven lethal on set pieces, amassing 12 points (5g/2a) including 10 points on set-piece headers (4g/2a). Sailor is the third consecutive winner of the honor from Washington joining Ethan Bartlow (2019) and current teammate Charlie Ostrem (2020). 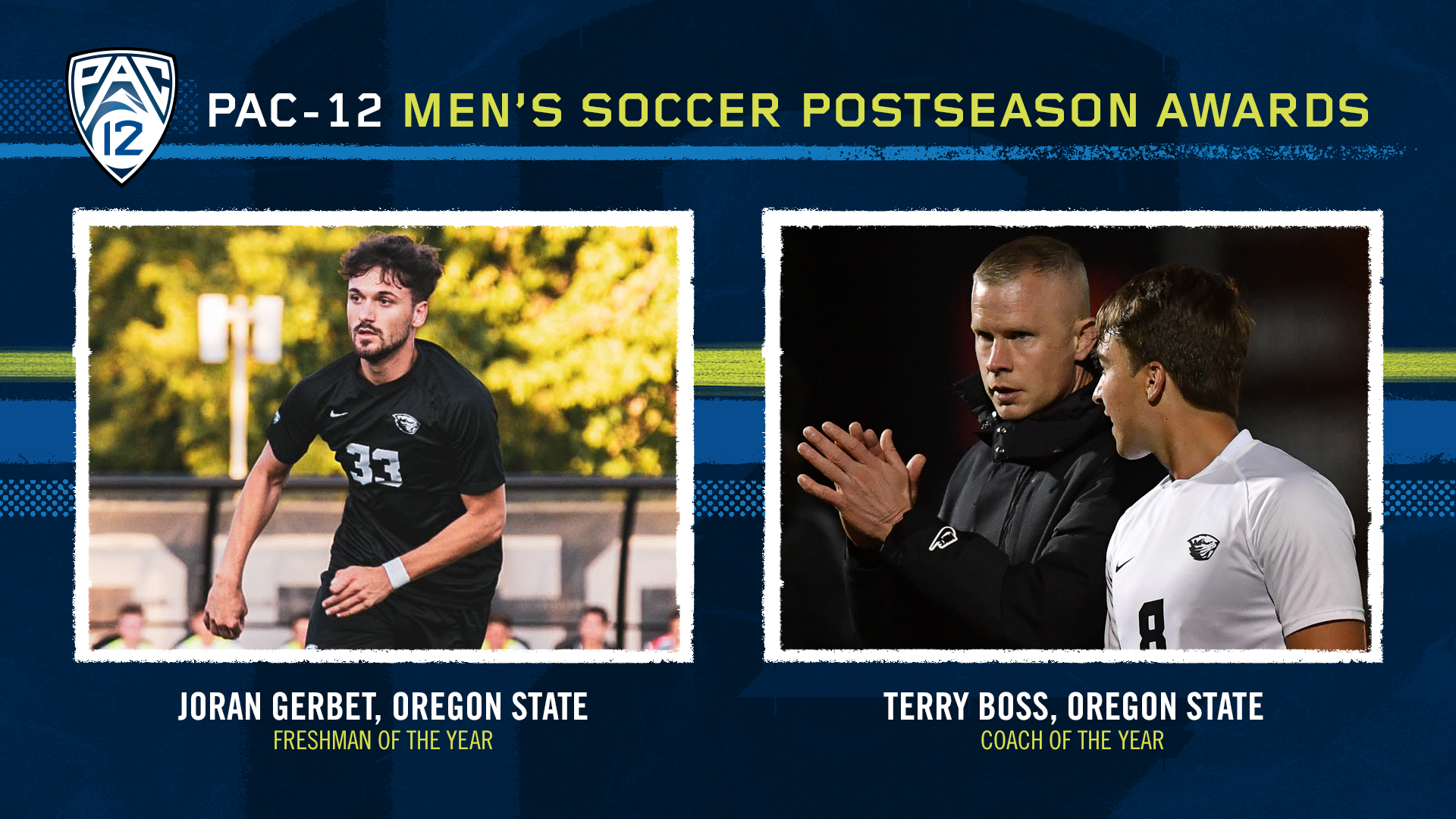 The rookie from France has logged the fourth-most minutes (1,552) for league champion Oregon State, the midfielder helping the Beavers to eight shutouts and a 0.91 team goals-against average while also chipping in two goals and two assists in his debut season. He is the sixth Pac-12 Freshman of the Year recipient from OSU, the first since teammate Sofiane Djeffal in 2018.

Boss has engineered the best season in Oregon State history in 2021, leading the Beavers to a host of firsts and records - first Pac-12 Championship, first No. 1 national ranking and first NCAA Tournament national seed in program history, and OSU’s best-ever record in Conference play at 7-1-2. The No. 1 overall seed for the upcoming NCAA Tournament, Oregon State (12-2-3) will enter the postseason one victory shy of equaling the most in the program history. Boss is now the first OSU head coach to win the league’s Coach of the Year honor twice after also garnering the honor in 2018.

02:33
Casey Jacobsen: Utah ‘sending a statement to the rest of the Pac-12’
3 seconds ago
/videos/gabe-madsen-discusses-utahs-quick-start-against-jacksonville-state