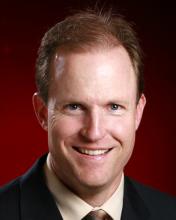 Rich Burk is a versatile sportscaster who serves as a play-by-play announcer for Pac-12 Networks. He has called football, men's and women's basketball, baseball, soccer, volleyball, swimming and diving and wrestling for the Pac-12 Networks in addition to calling games for Fox Sports Net NW, ROOT Sports and ESPN2. Additionally, Burk has called many games on radio, from historic venues such as Pauley Pavilion, Madison Square Garden and Cameron Indoor Stadium. On several occasions he has had fill-in stints in Major League Baseball, including time with the San Diego Padres, Montreal Expos and Toronto Blue Jays. His professional baseball resume of nearly 2000 games includes calling four no-hitters and two perfect games. He currently lives outside of Portland in Hillsboro, Oregon, where he coaches youth baseball and during recent summers has called play-by-play for the Hillsboro Hops, a minor-league affiliate of the Arizona Diamondbacks. He also has two children with his wife of over 24 years.

Memories of a great year on Pac-12 Networks